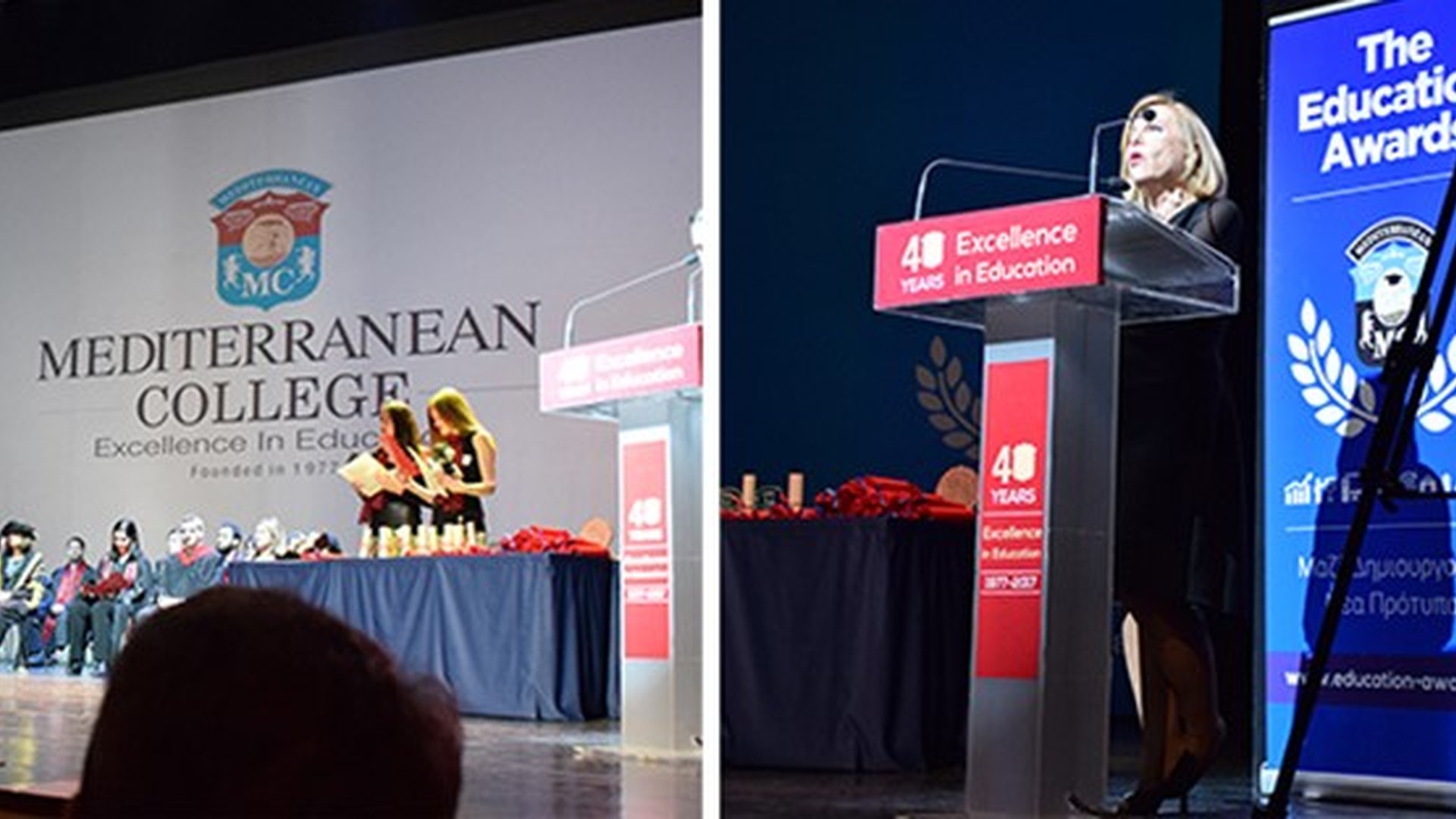 VETA AWARDS THE BIG WINNER OF THE ENGINEERING

Athens June 2017. VETA S.A encourages and honors youth in their pursuit of excellence in engineering, participating in the Ceremony of the 2016 Education Awards presented at the Hellenic World Theater in Athens. The Education Awards Ceremony is a celebrated event attended by students, parents and staff and by prominent representatives of the business world, the State, sports and culture. On behalf of VETA SA, the ceremony attended Mr. Georgios Gavas, Quality Assurance Director of VETA SA who was invited to bestow the prestigious “Engineering Category Award” to the 2016 recipient and congratulate the big winner.

The Education Awards is an institution, established by Mediterranean College in 2012 to promote and award excellent students and provide them with further study and employment opportunities. Based on 5 key criteria- academic performance, originality at work, personality, volunteerism and social networking– the best students and graduates of Mediterranean College, as well as of other private colleges, public universities and technological universities from both Greece and abroad, were nominated in ten award categories.

Ten leading companies, amongst them this year, VETA SA, each in every award category, sponsor every year the Education Awards and award the winners with a job interview in their organization. The ten winners are also granted with a scholarship for postgraduate studies at Mediterranean College and their achievement is also reported in their HEAR.